A catchers is one of the first inverted moves you learn on the aerial silks. It can be hard to get your head around how to wrap your leg, but once you have nailed that it’s a great move to do! The catchers is the starting move for lots of other moves. There are also lots of different ways into and out of it, making it an amazing move to include in combinations and routines.

The key to the catchers is being able to wrap your leg whilst upside down. I haven’t done any tutorials for getting into a catchers so if that’s something you’d like to see, please let me know! If you’re struggling with strength Aerial Silks Tips To Get Your Straddle has some great exercises to help you get a strong invert. Once you can do that, there are so many variations. There are some that look beautiful on flexible people, others that are a bit more technical and some that you would probably just hold for a couple of seconds as a transition move. The variations I have included in this video are:

Which ones are your favourites? xx 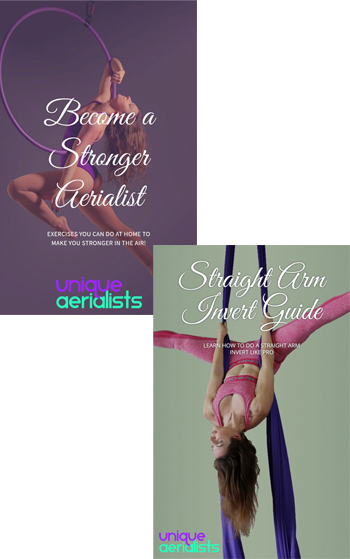